Our Apollo Panoramas have been assembled at such a high resolution (about 100 Megapixels!) that they are able to be printed to dozens of feet wide! Making a perfect backdrop to Space Hardware such as a Lunar Module, or Lunar Rover. They would also be suitable for more general museum spaces such as corridors or assembly areas.

We are able to supply the Large Lunar Backdrops in a number of different mediums, such as Solid Panels, curved wall panels, rolled vinyl sheet, or just the digital image file allowing you to use your own print company.

Our clients so far include:

Email Us For A Quote


Some Examples of Our Large Apollo Lunar Backdrops

Moonpans supplied the digital image file for this 18x10 ft corner display for the 'Outside the Spacecraft' exhibition at the National Air and Space Museum in Washigton DC to celebrate the 50th Anniversary of Manned EVA. The backdrop is located at the centerpiece of the exhibition the display of gloves worn in space from several key space missions from both the Soviet and US Manned Space Programs. 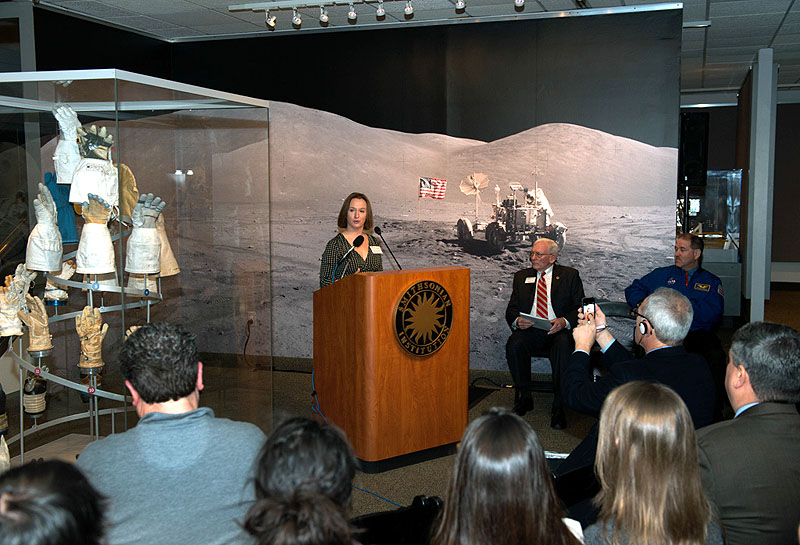 May 2014 - THE PANGBURN GROUP office lobby

Two 20x6 ft box Canvas Panoramas, each made from 5 separate Box Canvas Panels laid side by side 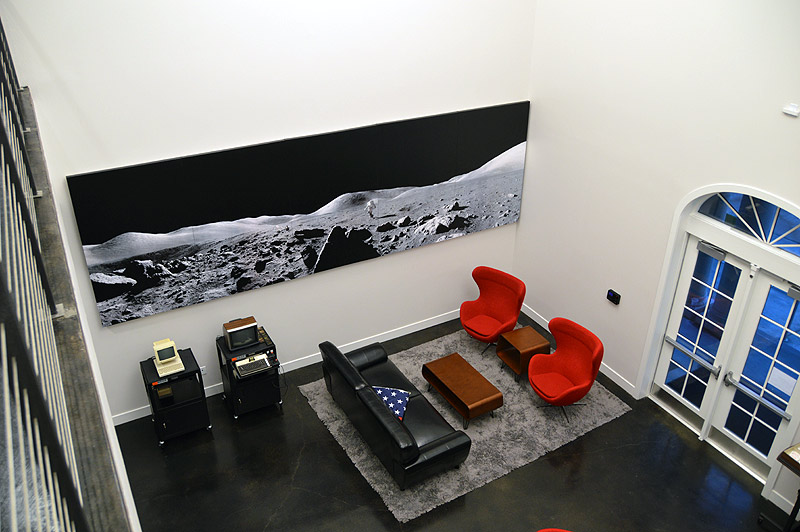 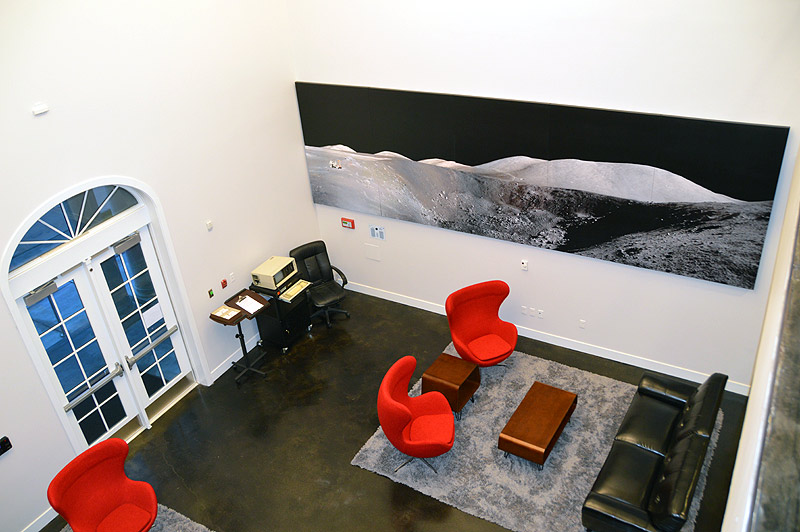 The 5 Canvas panels before shipping 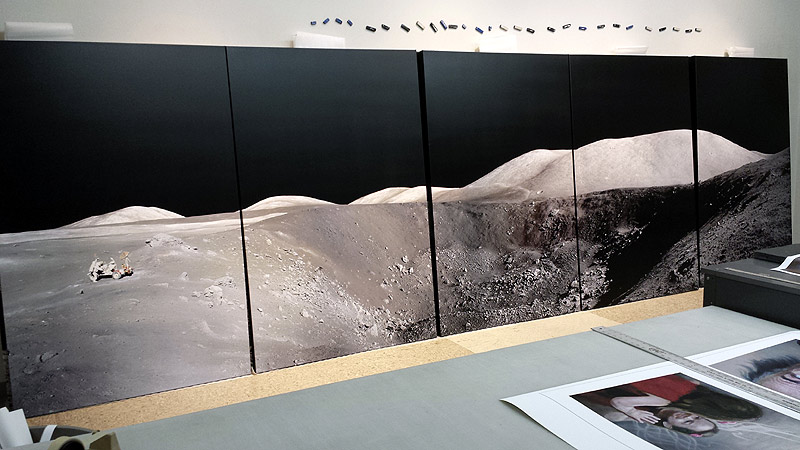 This panorama of Camelot Crater from Apollo 17 has been printed 9 feet wide and part of a display that is 6.5 feet high. 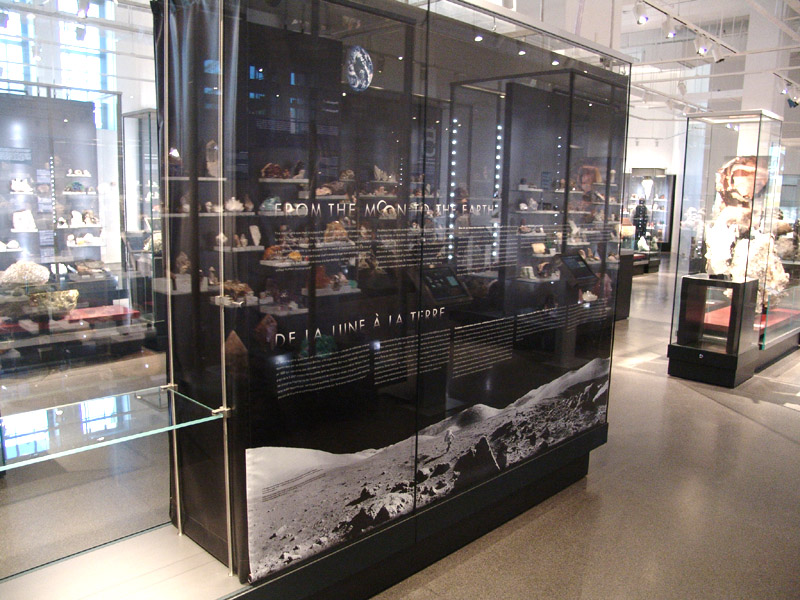 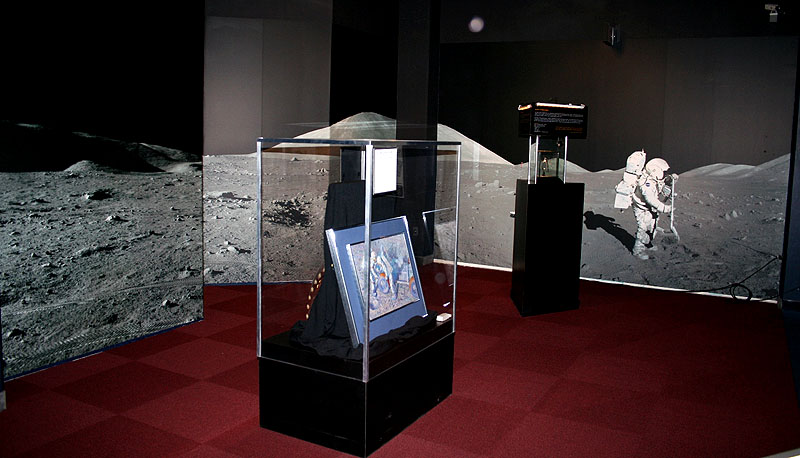 This panorama of Harrison Schmitt using the lunar rake was printed from our 25,000px wide digital file over 2 walls at 16 feet and 12 feet.

In the background is a piece of moonrock brought back by Apollo 11. In the foreground are 2 fender pieces from the actual Apollo 17 Lunar Rover, brought back from the moon by Gene Cernan, and an original painting by Alan Bean of Gene Cenan and Harrison Schmitt trying to fix their broken fender, called "Fender Loving Care".

Space A Journey to Our Future Exhibition

Travelling exhibition to science museums all across the USA 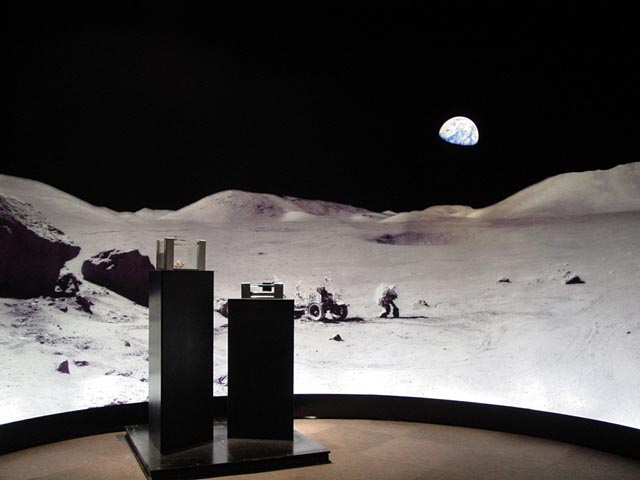 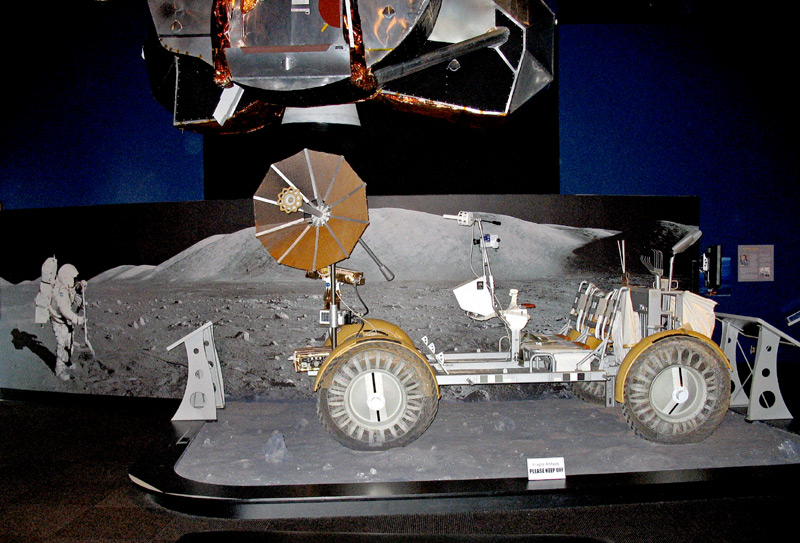 Also good for museums, are our

These allow the viewer to pan around the lunar surface in 360 degrees, by dragging their mouse.