Neil Armstrong On the Moon

Photos Of Neil Armstrong On The Moon

There are famously no good photos of Neil Armstrong on the Moon. This was because for the majority of the Apollo 11 EVA, Armstrong had the camera, and so most of the historic photographs taken during the Apollo 11 mission, show Buzz Aldrin. The only high quality 70mm photo of Neil shows his back in a panorama, and the only other images were from the grainy TV and film footage.

This panorama shows Neil on the far right at the LM with his back to the camera working at the MESA, which stands for the Modularised Equipment Stowage Assembly. This was part of the lower section of lunar Module 'Eagle' which was packed with equipment needed to explore the lunar surface. For more info on this pan and over 50 other Apollo panoramas, see our new hardcover book - Apollo: The Panoramas 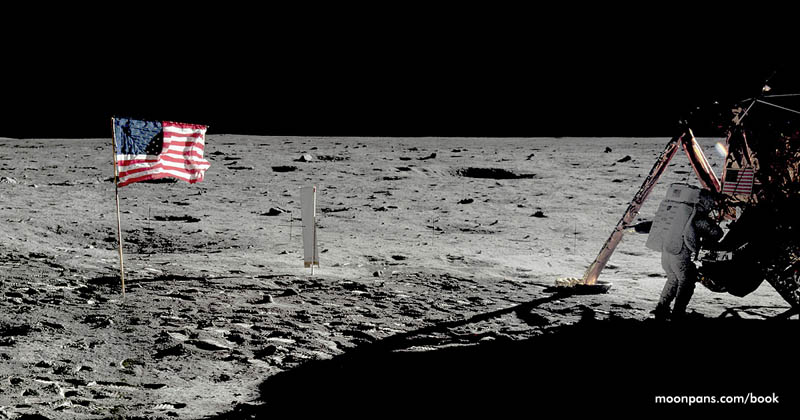 This panorama is taken from our hardcover book Apollo: The Panoramas 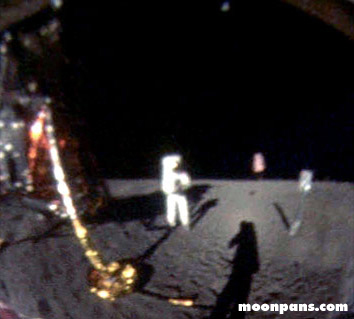 This is in theory only the 2nd 70mm photo of Neil Armstrong standing on the surface of the moon. But the funny part is, that Neil took the photo himself! It is actually a close up shot of Buzz Aldrin's reflective visor, which shows Neil as the photographer as a mirror image.

Using digital imaging techniques we zoomed in on Buzz's visor and cropped, flipped and de-sphered, the reflection to get the rare shot of Armstrong as Buzz would have looked back at him during the famous shot.

The reason no proper photos were taken of Neil Armstrong on the moon, was because Neil had the camera most of the time, so there are plenty of shots of Buzz but almost none of Armstrong.

Incidentally, the small blue dot at the top of the photo is actually the Earth!

This is how the above photo was made 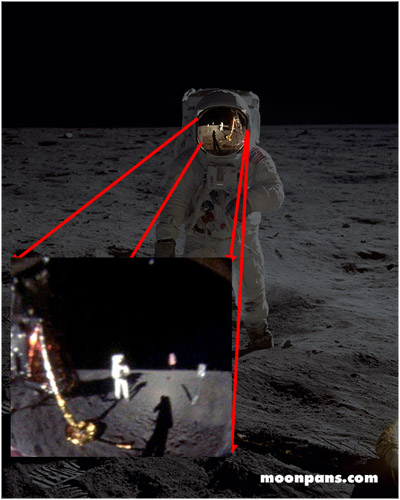 After getting hold of a highest resolution scan possible of the famous Buzz Aldrin Visor Shot, I cropped out the Visor part and set about stretching and manipulating the image to overcome the spheracle effect of the visor, I then had to correct the color away from the Gold sheen that the visor had. Lastly the image was flipped to show how Neil actually would have looked rather than his mirror image.

Thanks to a good friend of Moonpans, Steven Smith, Neil Armstrong himself was presented with a small photo of the new shot, much to Neil's pleasent surprise. 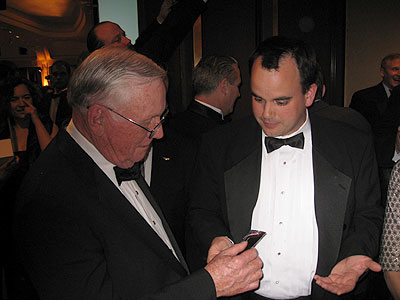 Other Photos Of Neil Armstrong On The Moon

The most famous TV Footage of all time, show a very blurry shot of Neil Armstrong on the Moon as he took his first small step 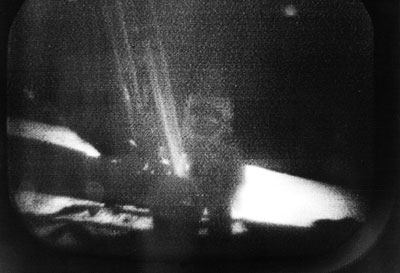 Some grainy 16 mm timelapse movie film captured Neil Armstrong on the Moon as he took his first steps on the Lunar Surface. This film was captured from the Lunar Module 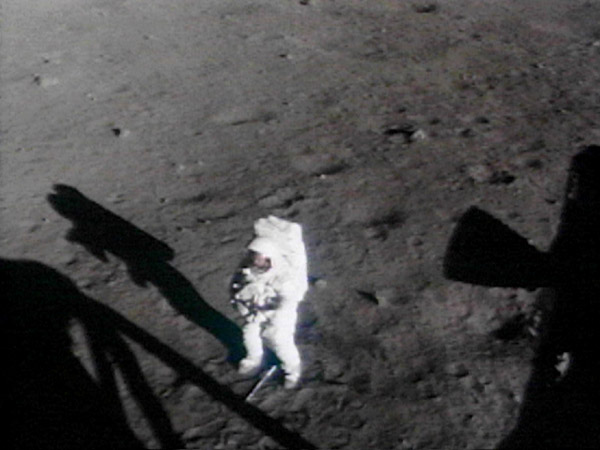