Why Are There No Stars In Apollo Photos?

The question I get asked the most on Social Media when posting any Apollo mission photos is, "Why are there no stars?". Some of the questions come from crazy Moonlanding deniers, but many are from genuine people who really want to know the answer. So I made a quick explanation below:

Stars are very dim - the lunar surface was very bright

All of the photos captured on the lunar surface were taken with the Astronaut's chest mounted camera at a shutter speed of 1/250th of a second. This was because the bright sunlight was hitting the lunar surface with no filtration by an atmosphere and reflecting off the light colored terrain, Apollo hardware and Astronauts suits etc. 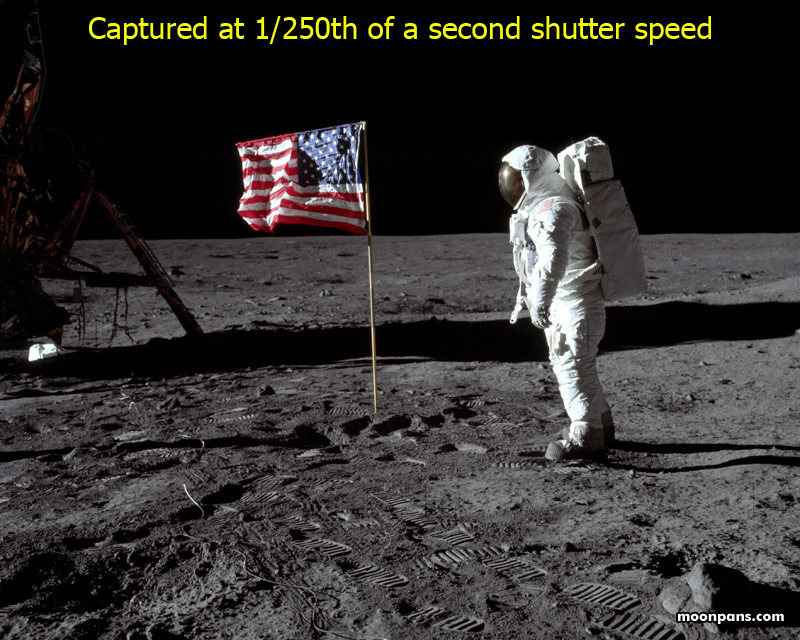 Stars on the other hand, are extremely dim and would require a shutter speed of anywhere between 10 seconds to 30 seconds. So at a mere 1/250th of a second no stars will be captured.

Of course the Astronauts did not go to the Moon to take photos of stars but if they did, then at the long exposures required, the Astronaut would need a tripod and a timer/shutter release cable.

So just for fun I have simulated what an Apollo photo would look like if the Astronaut had wanted to capture stars in a 15 second exposure, and had brought a tripod and a timer, plus Neil Armstrong would have needed Buzz to keep very still for 15 seconds.

As you can see below, stars are now visible, but everything else would be so totally bleached out that the photos of the lunar terrain and Astronauts would be completely useless. Plus the glow from the bright terrain would start to drown out the stars anyway. 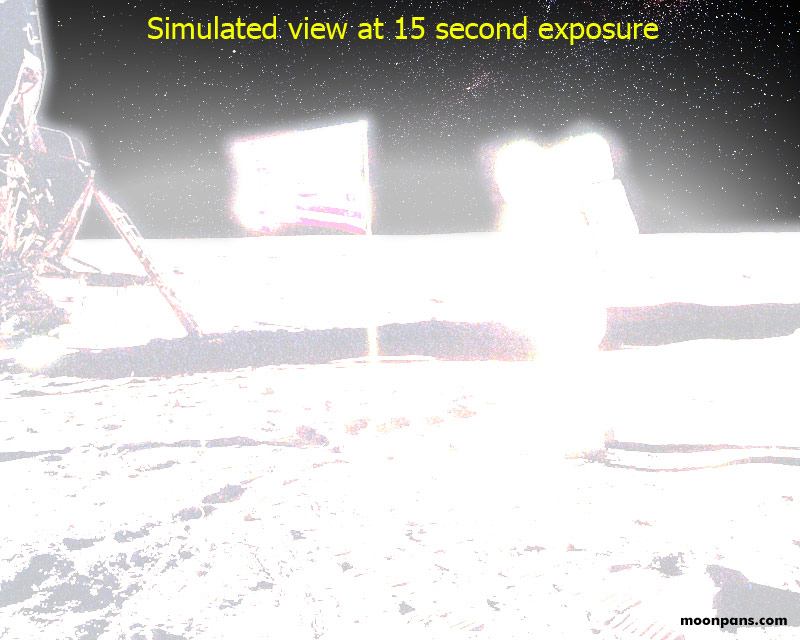 I hope this helps to explain why there are no stars in Apollo photos. It's not rocket science, just basic photography 101. I suspect part of the problem is that SYFY movies always show stars and even colorful nebulae alongside brightly lit spaceships and planets, but the irony for hoaxers is that the lack of stars in Apollo photographs actually proves the Moon landings were real and not vice-versa.

Thanks for reading - Mike Constantine 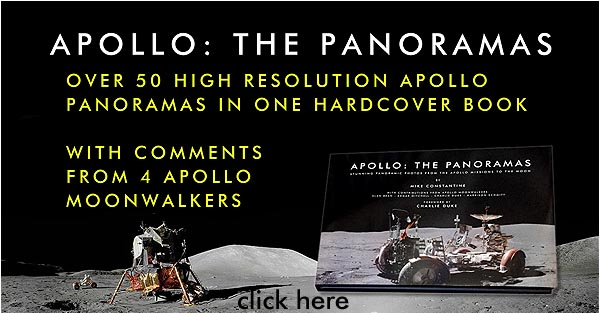